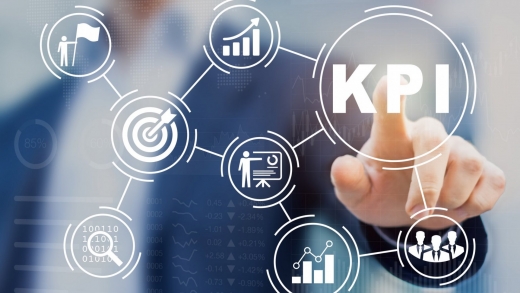 Hello buyers, today we are going to talk about the main purchasing indicators.
We always hear something about Cost Saving and Cost Avoidance (definitely the two main indicators of purchasing performance). But there are other indicators that we want you to know, and clarify if they are still unclear to you.
It is common to hear about KPIs, but what are these KPIs? KPI stands for Key Performance Indicator. I will list examples of indicators here, which may or may not be used all the time. The purchasing area manager must assess which indicators best fit the goals and results the company wants to reach and apply them efficiently and effectively. Here is the list of what I consider to be the 8 main KPIs that assist the buyer in his management (note the direction of the arrows, which indicate whether the best result trend):

DPPM (Defective Parts Per Million) - Originally a Quality indicator, but when analyzing a supplier, the buyer should check, for example, if the reduction in the unit cost of a certain item is impacting its quality. If the cost saving increases and brings a tendency to increase the DPPM, red flag! Obviously, this indicator can have its unit of measurement adjusted according to the purchase volume. If the annual volume of the item is thousands of units, we should use “defective parts per thousands.”

OTD (On Time Delivery) - Originally a Planning indicator, but together with the DPPM, it is something that assists the buyer in its supply performance analysis. Similar to DPPM, it is useless to onboard a supplier that has a great price, but is unable to deliver on the date or quantity previously agreed upon.

Saving - It basically means that the buyer implemented an action (a competitive bid, a supplier replacement, a process optimization or any other action) that caused the cost of a particular item or service to decrease (attention! What differentiates savings from cost avoidance is whether the item is recurring or new). In other words: Currently the company pays $2.00 for a certain item, and will now pay $1.80. So, $0.20 per unit in savings is brought to the company.

Cost Avoidance - In case of a new item that is still in the design phase, there is a financial feasibility study of the product, and it is during this study that certain parameters are defined including what we call the standard cost. This is basically what the company is willing to pay for a certain product or service. The standard cost is usually part of the project's budget. The company is aware that, to acquire a certain item, it will have to spend a certain amount of money. This means, I haven't started spending yet, but I know that when I start I will have that amount. As discussed in the saving KPI, if the buyer implements any action that decreases the cost of the item, a Cost Avoidance can be reported. For example: I need to buy a cardboard package whose standard cost was set at $0.50 per unit. The supplier sent me the first quote at $0.65 per unit ; therefore, it cannot be used (otherwise, I will not have a budget to pay it, and I might compromise the profit margin and the financial health of the project). I looked for another supplier, and suggested some changes, which culminated in a quotation of $0.45 per unit. Now, I can move forward with this supplier, and report a cost avoidance of $0.05 per unit. In other words, the company knew that it would have to pay $0.50 per unit, but with Purchasing area efforts, we will pay only $0.45 per unit when we start to buy.

Purchased Part Variance (PPV) - Perhaps it is one of the most important indicators of the buyer's accuracy with and for the financial area. I mentioned above that the standard cost in case of a new project or product, but normally the definition of the standard cost is an annual process of the companies and is part of an even greater process of setting the budget. In countries with less stable economies, it is already known that year after year the costs of the products and services will go up. Even though there are short periods of deflation, in general there is an increase in prices at the end of the year. Each year, then the buyer is invited to give his input (his opinion, based on facts and data) on the increase (or decrease) in the cost of a given category for the following year. Ideally, in the following year, the real cost of the product or service will be very close to the cost projected by the buyer in the previous year. Except in cases where there is a need to reduce costs and the buyer acts to make this happen, a high PPV result indicates that the standard cost, and consequently the budget, were not planned properly. Additionally, due to the buyer's error or lack of knowledge, the budget might have been taken from another area,

Payment Term - This is effectively how much time I have, on average, to pay my suppliers. It is an indicator of the Purchasing area along with with the Financial area, as it helps to measure the company's cash flow. Some companies even separate this indicator in two, one effectively measuring the supplier and the other measuring the cash flow (basically a comparison between the time it takes for the company to receive the money from its sales, versus the time it has to pay the suppliers).

Spend - It means exactly how much the company spends on each of its suppliers. It is perhaps the simplest indicator, as is obtained by multiplying the unit cost by the volume purchased in a given period of time (usually 1 year). It is the basis for the analysis of the ABC supply curve, and through spending it’s possible to classify the suppliers as to their complexity. The arrow here does not indicate any specific direction, because it is an indicator that facilitates management and not an indicator of results.

Percentage of suppliers with contract - Measures the percentage of suppliers within your entire base that have a signed and active contract with your company. There are companies that also measure the percentage of spending that is protected by a contract. Obviously, the bigger the better! Of course, it depends a lot on the clauses of the contract that the company uses. More spending or suppliers under a contract, means the greater the reaction the company needs to take to combat these failures in case of supply failure.

Now that you know the main KPIs in the purchasing area, you are ready to work on an efficient (and effective) management of your portfolio. Good luck!